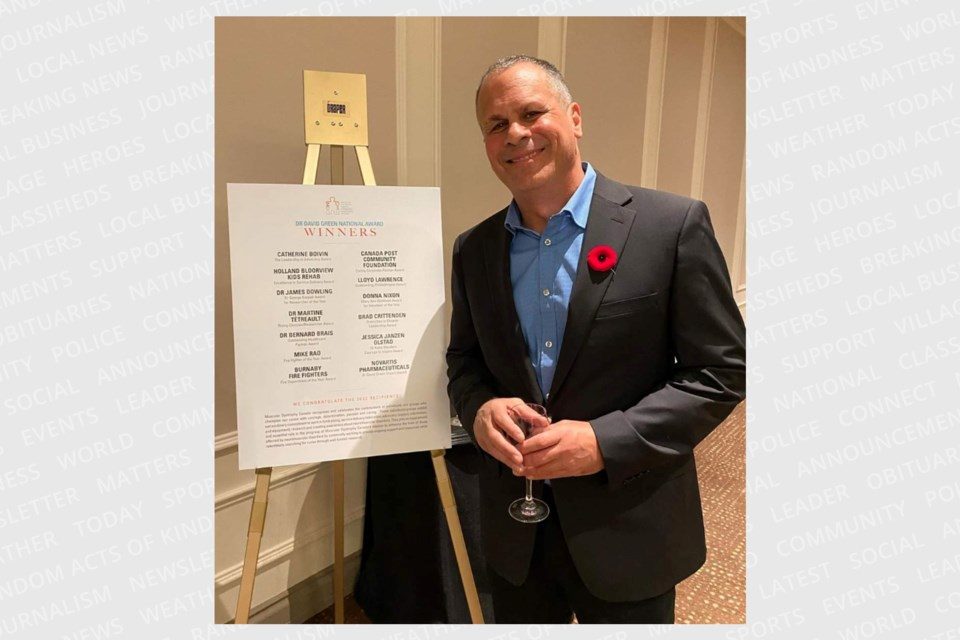 A longtime Guelph firefighter has been recognized with a national award.

Mike Rao – a full-time Guelph firefighter for 16 years, also a part-time worker with Puslinch Fire, where he’s served 20 years and is the department’s acting captain – was named firefighter of the year by Muscular Dystrophy Canada over the weekend.

“I was really surprised,” he told GuelphToday over the phone. “I wasn’t expecting that at all. To be honest, I didn’t even know that there was a firefighter of the year award with MD. It was just something that we do with the fire department.”

Muscular dystrophy, a group of muscle diseases caused by the mutation of someone’s genes, is a cause Rao has always been inspired by, and has helped lead the charge to raise money for the cause.

Fire departments across Canada raise over $3 million a year for muscular dystrophy research.

Guelph was the second biggest contributor to that last year, Rao said.

“I’m just so proud of the citizens of Guelph, how generous they’ve been,” he said. “Without them, their generosity, it could just not happen.”

Read the Full Article at GuelphToday